A girl who believes trust can be misplaced, promises are made to be broken, and loyalty is an illusion.

A boy who believes truth is relative, lies can mask unbearable pain, and guilt is eternal.

Will what they find in each other validate their conclusions, or disprove them all?

When Jacqueline follows her longtime boyfriend to the college of his choice, the last thing she expects is a breakup two months into sophomore year. After two weeks in shock, she wakes up to her new reality: she’s single, attending a state university instead of a music conservatory, ignored by her former circle of friends, and failing a class for the first time in her life.

Leaving a party alone, Jacqueline is assaulted by her ex’s frat brother. Rescued by a stranger who seems to be in the right place at the right time, she wants nothing more than to forget the attack and that night–but her savior, Lucas, sits on the back row of her econ class, sketching in a notebook and staring at her. Her friends nominate him to be the perfect rebound.

When her attacker turns stalker, Jacqueline has a choice: crumple in defeat or learn to fight back. Lucas remains protective, but he’s hiding secrets of his own. Suddenly appearances are everything, and knowing who to trust is anything but easy.

Easily one of the best novels I have ever read – er, listened to – Easy by Tammara Webber is emotional, uplifting, and empowering.  I think every woman should read it.

Jacqueline Wallace followed her high school boyfriend to college, despite being an incredibly talented musician, where a music conservatory would have been better suited to her collegiate and musical needs and advancement.  She was in love and shunned the criticism of her high school music teachers and her parents.  Three years together with her boyfriend Kennedy and she thought she had most of her life figured out; she never thought he would dump her to “bang co-eds with shameless abandon.”

But he did.  And the result of that leads her to a Greek party with her roommate, where one of Kennedy’s frat brothers sees an opening to Jacqueline, now that Kennedy is out of the way, for his own twisted agenda.

If you have read other reviews, you know that Easy opens with a near-rape scene.  It’s uncomfortable, it’s controversial, but…it’s very real.  Some books use rape, or any controversial topic, really, to make the book.  And honestly, Easy is no different, but it’s incredibly well-done and delivered with a very specific message that when someone violates your body, you can recover from it if you are empowered to do so.   It also shows that rape is not just about the two involved in the encounter: it’s like throwing a pebble into a pond, and watching the ripples spread out, because rape has adverse affects on those around the victim, not just the victim herself.  Enter Lucas, bad boy-extraordinaire.

Lucas is the Bad Boy Ever Girl Dreams About, with his broad shoulders, gray eyes and shaggy, dark hair.  He is not just a way for Jacqueline to get over Kennedy; he is a savior, he is her outlet for desire, he is her safe zone.  He might be everything she ever wanted that she didn’t even know she craved.  He is full of his own secrets, and no, he isn’t above reproach, but he walks through life knowing he isn’t perfect, and yet, I think he strives to achieve perfection.

Holy shitballs, I lusted after him.

Jacqueline’s roommate, Erin, is the friend every girl needs.  She is brazen and confident, and always has her shit-kicking shoes on, no matter if they are platform heels or not.  She’s also incredibly supportive when she finds out about Jacqueline’s attack and urges Jacqueline to become self-reliant and able to defend herself.  She’s funny and, while the polar opposite to Jacqueline’s studious, quiet nature, not as brainless as she passes herself off to be in the beginning.

There are a myriad of other characters that really flesh out the story: Buck the Rapist, Kennedy the Ex-Boyfriend, Professor Heller, Mindy the Other Victim, the Greeks, and Landon the Tutor.  They were all really great (well, except Buck, what a dickhead!) and they rounded out the story perfectly.

But let me tell you how Easy made me feel:

The first night after listening to the book, I dreamed I was raped.  It was that well done and I was that emotionally disturbed by the story that I dreamed about it.  I couldn’t get it out of my mind and every chance I had, I was listening to this book.  It felt compulsory, like I needed to be there with Jacqueline to go through this time with her.  My heart raced through the “pages” with Jacqueline and Lucas, and I railed against the obstacles that faced each of them and kept them from being together where they so obviously belonged.  I wanted them together, dammit!

Rape is a very central theme to this story; even if it makes you uncomfortable, I still urge you to read it, because it elaborates how it knits people so closely together, and how a community of friends can build from it.  It’s super-rare that a book makes me feel so emotionally attached to its characters and Easy deserves every star it has earned from me.

Tara Sands does a great job narrating the audio version of Easy by Tammara Webber.  She has a wide range of voices, although she did sometimes mix them up between the characters, which would occasionally throw me off.  It didn’t happen often, just enough for me to notice when I got into the story and was able to distinguish who was whom.   Her pace and accents were fabulous and I will definitely look for more audios narrated by her. 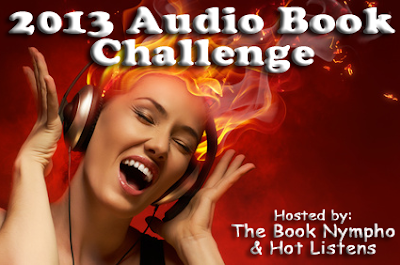 Disclaimers: This book was purchased by me, but my review is still honest. Blurb and photo source courtesy of Goodreads.  *If you decide to purchase this book through any of these links, we do receive a small monetary kick-back that helps fund this blog.