The year is 1 AWC—After the Wall Crash. The Fae are free and hunting us. It’s a war zone out there, and no two days are alike. I’m Dani O’Malley, the chaos-filled streets of Dublin are my home, and there’s no place I’d rather be.\r\nDani “Mega” O’Malley plays by her own set of rules—and in a world overrun by Dark Fae, her biggest rule is: Do what it takes to survive. Possessing rare talents and the all-powerful Sword of Light, Dani is more than equipped for the task. In fact, she’s one of the rare humans who can defend themselves against the Unseelie. But now, amid the pandemonium, her greatest gifts have turned into serious liabilities.\r\nDani’s ex–best friend, MacKayla Lane, wants her dead, the terrifying Unseelie princes have put a price on her head, and Inspector Jayne, the head of the police force, is after her sword and will stop at nothing to get it. What’s more, people are being mysteriously frozen to death all over the city, encased on the spot in sub-zero, icy tableaux.\r\nWhen Dublin’s most seductive nightclub gets blanketed in hoarfrost, Dani finds herself at the mercy of Ryodan, the club’s ruthless, immortal owner. He needs her quick wit and exceptional skill to figure out what’s freezing Fae and humans dead in their tracks—and Ryodan will do anything to ensure her compliance.\r\nDodging bullets, fangs, and fists, Dani must strike treacherous bargains and make desperate alliances to save her beloved Dublin—before everything and everyone in it gets iced.

Karen Marie Moning is a master storyteller.  I don’t know how she does it, but she begs me to get on my knees and pay worship to the woman who has brought me the best, most labyrinthine stories and characters I’ve ever had the privilege to get to know.  She weaves brilliantly, unapologetically, and without exception, and she has threaded the needle into me and I’ve been pulled, over and over into her tapestry, and I don’t think I’m ever getting out.

ICED is no exception.  Like many KMM/Fever fans, I’ve waited a long time to read ICED.   I despaired when Shadowfever ended…I didn’t want to leave the world behind, because I loved it so much.  I had “Fever-Hangover,” if you will.  When Moning announced a 6th book (and 7th, 8th, 9th and 10th!), I was fecking over the Fever Moon!  Pardon the pun.

So was ICED everything a Fever series fan hoped it would be?  YES.  Yes a thousand times and then some.  While I missed Mac and Barrons as the primary characters, I really loved being in Dani’s head.  Dani is a fascinating character, and even if you hate her after what you found out she did in the last part of the series, you still love her.  And the many facets to Dani are endless and captivating.  I really enjoyed getting to know her even better.

While ICED is not quite as sexually charged as it’s predecessors, it is still very bawdy and full of deviants.  If you’re worried that you’re going to miss out on classic Fever series shenanigans because Dani is only 14 years old, don’t be.  Moning said she planned to age Dani from 14 to 17 throughout the Dani trilogy.  And – she might be only 14 years old, but she is NOT 14 years old.  Not where it counts – in the heart.  And while she is only 14, men still want her.

Ryodan tried to kill Mac in Dreamfever, and said he wanted her dead in Shadowfever.  It’s only as a favor to Barrons – or perhaps he recognizes his place in Barrons’ world – that Mac is left alive.  And yet, he was a hard character to hate.

Ryodan is harder to hate even now, when you are exposed to him as intimately as we have been in ICED.  Ryodan is not without his faults, surely as Barrons was not without his, but there is a method to madness, and Ryodan is full of his methods, whether you agree with them or not.  I found him similar to Barrons, but I suppose I would, all things considered!

I loved the interplay between Ryodan and Dani…it’d reminiscent of Mac and Barrons, even as far as the teacher and student scenario, but it’s also a bit more innocent.  Don’t forget, she is 14.  But she won’t be 14 forever.  Wink wink nudge nudge.  Something Ryodan and maybe a couple of the other showy, manly men-types in ICED are well aware of.

In Shadowfever, Christian was left turning into the 4th Unseelie Prince.  Oh, he hates himself for what he’s becoming, but does ultimate power corrupt?  Will he love it later?  And what kind of Unseelie Prince will this make him, since he has the unique perspective of having been human – and a Highlander to boot?!

The plot was a fascinating one: small scenes throughout Dublin are found frozen, Fae and human alike, and there seems to be no commonality.  Ryodan and Dani team together, not always willingly (Ryodan is much like Barrons: overbearing, rude, and tenacious), to discover the reason, and stop it before Dublin is plunged to arctic temperatures and it’s lights-out for the city – for good.  So while the plot for books 1-5 were a singular storyline, with small subplots woven throughout, it seems that this trilogy is going to be one plot per book.  While it makes the ICED seem more standalone, it’s not.  I still recommend reading them in order.

The thing I love about KMM books are their quotability.  She imparts wisdom through her characters’ voices on every page and ICED is no different!  I found myself stopping to highlight passage after passage of all my favorite quotes, or even simply places I wanted to come back to, to remember, at some point later.  It’s so hard to choose a favorite for my quote, so I’m going to list a few here:

Fear and doubt are major stampeders.

One day, kid, you’ll be willing to mortgage your fucking soul for somebody.

I lock eyes with my reflection and don’t look away.  The day you look away you start to lose yourself.  I’m never going to lose myself.  You are what you are.  Deal with it or change.

Some people fall apart when they get hurt.  Puddle into apathy and despair and never recover.  They wait all their lives for someone to come along and rescue them.

The wound you refuse to dress is one that will never heal.  You gush lifeblood and never even know why.  It will make you weak at a critical moment when you need to be strong.

You might be able to thrash your way out of a spiderweb, but thrashing in quicksand doesn’t work.  The harder you fight, the more ground you lose.  Struggling merely expedites your inevitable defeat.

Friends don’t build cages for each other.

There’s no point in fighting the tide.  It ebbs.  It flows.  You ride it.

I figure if there is a God, he or she isn’t paying attention to what we build or if we follow some elaborate rules, but copping a ride on our shoulders, watching what we do ever day.  Seeing if we took this great big adventure called life and did something interesting with it.

Using your own time to make someone else’s life better is, like, the nicest thing you can do for anybody.

You can’t give somebody faith.  They either got it or they don’t.

This wasn’t even everything I highlighted!

Moning also leaves us with more mysteries and the ever-typical KMM-cliffhanger *shakes fist*  Damn you and your cliffhangers!  Now I have to wait forever for the next book to find out what happens!

Ultimately, if you are a KMM fan, and a Fever fan, YOU DON’T FECKING WANT TO MISS THIS, DUDE!

I know that when he has sex he laughs like the world is a perfect place. And when he did that, my hands curled into fists because I thought about touching his face like maybe I could catch joy in my hands and hold it.

Disclaimers: This book was purchased by me, but my review is still honest. Blurb and photo source courtesy of Goodreads.  *If you decide to purchase this book through any of these links, we do receive a small monetary kick-back that helps fund this blog. 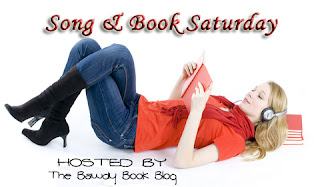