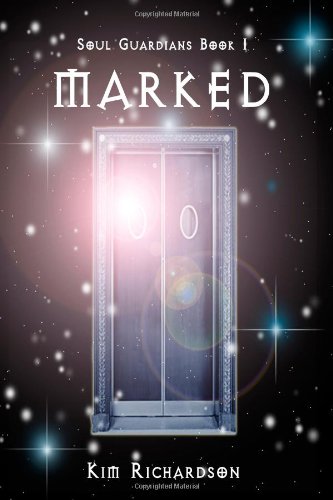 Sixteen year-old Kara Nightingale’s ordinary life is suddenly turned upside-down when she dies in a freak accident, and she wakes up in a strange new world with a new career—as a rookie for the Guardian Angel Legion. Kara hurtles towards dangerous missions with the help of her Petty Officer and friend, David.
But when she discovers a Mark on her leg, the entire Legion accuses her of being a Demon spy. Angels are dying, and David begins to pull away from her. Can Kara prove her innocence as she becomes the Legion’s only hope?

It’s going to take a miracle to save the Legion, and Kara’s luck has just run out…

I grew up in a small town in Northern Quebec, where I developed a wild imagination because—let’s face it—there was nothing else to do. I surrounded myself with art/books/animation and fell in love with fantasy novels and movies like, Labyrinth and The Dark Crystal. I loved to be transported to other worlds.
Years later, I left my little “hick town” and moved to the city of Montreal, where I studied 3D Animation. I became an Animation Supervisor for a VFX company, and stayed in the field of animation for 14 years.
Now, I’m a full-time writer, enjoying the country life with my husband and two Bernese Mountain dogs, Simba and Maggie. My children.
I write stories geared towards children because, let’s not tell lies, I’m still a 13 year-old at heart!