The land of Shandow is a place of arctic cold. It was the scene of the bloody revolution, and is the location of the item Cameo's master wants so badly.

In the dark of winter a vampire lies in wait...

...Opal is unable to run from his past... and Cameo must make a choice that will cost her the last shred of humanity she has left.

Sometimes I get lucky and get two 5-star books in a row.  This is one of those times.  Cameo the Assassin sets the backdrop and begins weaving a story.  In Cameo and the Highwayman, Ms. McCullough-White masterfully executes a follow-up that expands exponentially on the first.  It’s twisted, it’s dark, it’s witty and it’s written to keep you reading.  The plot is engaging and fast-paced, making it incredibly difficult to put down.  Most of all, it is FUN.  I finished this book in just over 24 hours.

Cameo continues to long for a piece of herself stolen long ago: her humanity.  She has a hard time reconciling with herself that she may not be the monster she’s always thought she was.  She reiterates every now and then, that she “doesn’t kill everyone” she comes across. Opal, for all his selfish, materialistic ways, certainly is a more complex character than originally led to believe.  While I really liked him in the first book, I loved him in this one.  His dark humor and vanity often made me giggle out loud and frankly, he’s a charming sort of person.  Who doesn’t like charming?!  He’s obviously uncomfortable returning to Shandow…who was he before his life as a highwayman with a penchant for fine clothes, jewelry, women and drink? Kyrian surprised me…in a good way.  The book is not religious, or at least I didn’t get any overly-religious vibes, and yet, Kyrian mysteriously is a more powerful entity than I anticipated.  He’s  genuinely a good person, which seems to be in direct conflict with Black Opal, a fact that does not go unmentioned on several occasions (and often provides for entertaining repartee between he and Opal).  And while he doesn’t necessarily voice his disdain for the misdeeds of his little ragtag group, it’s obvious he is uncomfortable with the crimes they’ve committed.  Yet that doesn’t make him like them any less or deter him from trying to exert a positive influence. Edel the Vampire seems much like Cameo; frustrated with what was taken from him, and determined to spend his eternity battling his vampiric ways.  He’s moody, stubborn, good-hearted…  It’s obvious in his treatment of Chester, his zombie servant, that he loves him so inexplicably (at least until he explains why).  Edel seems bent on “saving” Cameo, yet Cameo is not someone who wants to be saved, I think.  The only person who can save her is herself and this is her journey of self-discovery after years of feeling dead inside. And Jules…Jules!  I’m not sure yet what to make of Jules, except – I think he’s unsure of himself and what he wants.  He’s obviously lived his life serving others and now that he’s free of Wick, he doesn’t know what to do with himself.  Does he really hate Cameo as he always implies?  I don’t think he does, but there is always time to prove me wrong. This series has certainly taken me on a journey I did NOT expect, from the very beginning.  The characters are so intriguing, the plot is just fantastic and I can’t get enough.  It’s action-packed and quick and if you haven’t heeded my recommendation yet to grab these up, get to it!  You will not be disappointed. 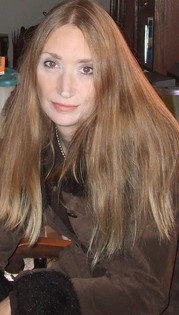 One response to “Review: Cameo and the Highwayman by Dawn McCullough-White *PLUS* Author Interview!”